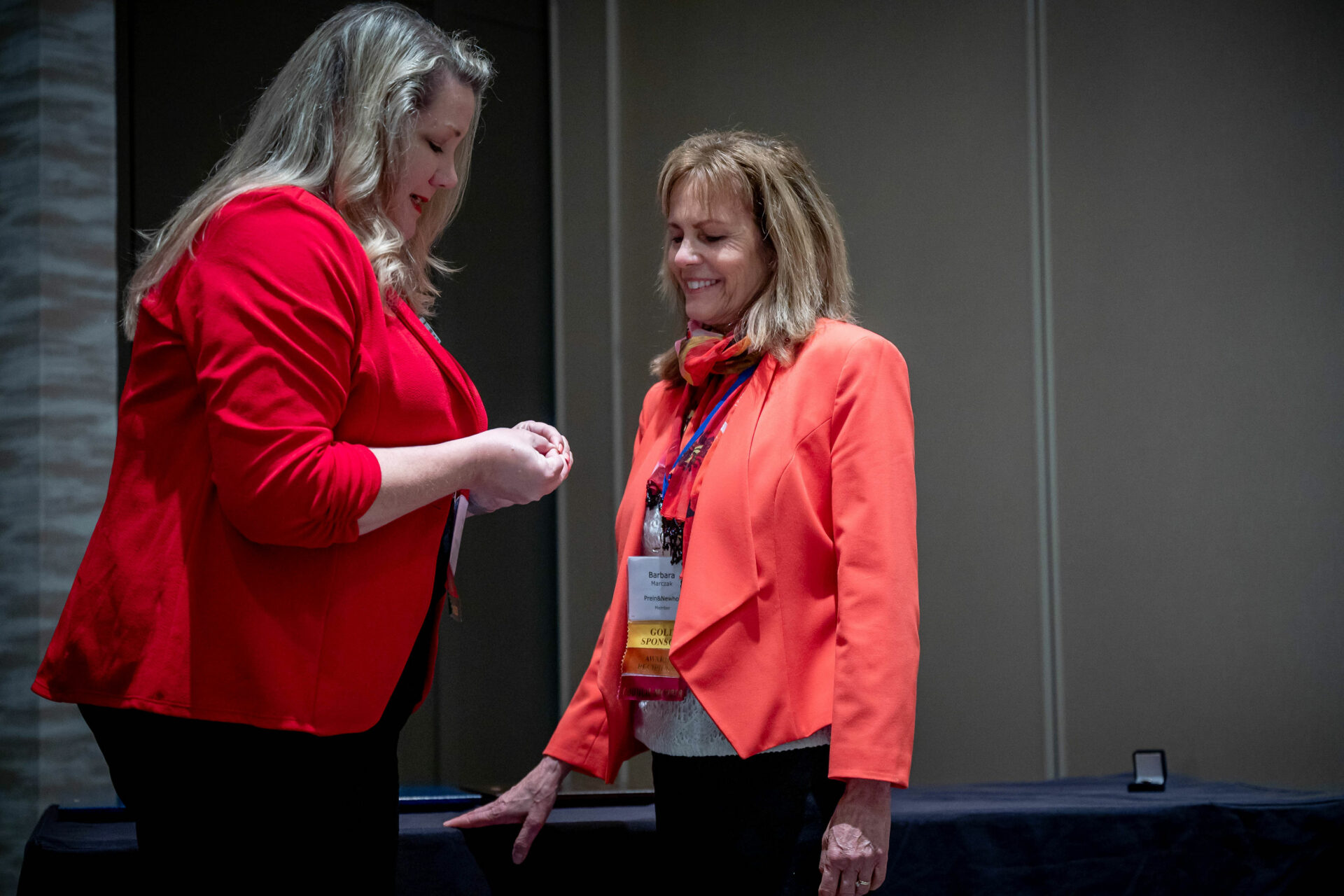 Congratulations to Prein&Newhof Senior Project Manager Barbara Marczak, PE for her recent acceptance of the George Warren Fuller Award from the Michigan Section of the American Water Works Association (MI-AWWA).

This award is presented annually by AWWA to each sections’ honored member for distinguished service to the water supply field in commemoration of the sound engineering skill, brilliant diplomatic talent, and constructive leadership which characterized the life of George Warren Fuller, a remarkable pioneer of the engineering field.

Marczak is certainly deserving of this award that recognizes outstanding service in the water supply field, both for the work she performs at Prein&Newhof and in her various roles in numerous industry-related professional associations. She previously earned the Raymond J. Faust Award from the Michigan Section AWWA in 2019.  She notes that she “is honored to have received the award and feels privileged to have been mentored by Tom Newhof, one of Prein&Newhof’s founders, and a previous recipient of the George Warren Fuller Award.”

Marczak also provides leadership within Prein&Newhof’s civil and environmental engineering groups and is currently the company’s Muskegon office Team Leader and a member of its Executive Committee.  In her 35+ years in the profession, Marczak has worked with many West Michigan communities on a variety of civil and environmental engineering projects involving municipal water supplies, treatment, and distribution, as well as wastewater treatment facilities, stormwater management, and sites of environmental contamination. In addition, she has extensive experience in environmental compliance and has completed projects involving groundwater, including hydrogeologic studies for municipal and private water supplies, treatment of drinking water, remediation of contaminated groundwater, and wellhead protection. She also has helped communities with a variety of grants and funding mechanisms for infrastructure and asset management.

Marczak holds a Bachelor of Science and Master of Science in Civil Engineering from the University of Michigan. She was licensed as a Professional Engineer in the State of Michigan in 1990. She joined Prein&Newhof in 1987, where she’s been living our values for more than 35 years.